The automated liquid sampling valve injects a 2-µL aliquot of an LPG sample into the 1/16-inch O.D. x 55-foot long stainless steel column maintained at 100 °C inside the GC oven. Fluoride compounds eluting from the GC column enter the base of a high-temperature reactor installed in a GC detector port. The compounds are catalytically converted to ionizable HF gas inside the Nickel reaction tube. The gaseous reaction products are carried into the detector cell where they are dissolved in a deionized solvent, increasing the electrolytic conductivity of the solution. The detector amplifies this instantaneous change in conductivity, producing a signal proportional to the mass of fluoride in the original sample. The signal is output to a chromatographic data handling system (supplied by the customer) to display and report the total fluoride concentration.

The Hydrofluoric (HF) Alkylation process catalytically combines C3 – C5 olefins with isobutane to produce motor fuel alkylate.1 There is an increasing demand for alkylate because of its properties as a low-sulfur, high-octane blending component for unleaded and reformulated gasoline. The products of this process, propane, butane, alkylate contain traces of HF and organofluoride by-product compounds. Elevated levels of residual fluorinated by-products in process streams can cause serious problems in refinery operations including corrosion, catalyst poisoning, down-time, and lost production. The fluoride level in butane process streams can range from 100 – 400 ppm.2 Fluorinated by-products are removed by catalytic decomposition of the organofluorides at 177- 220 °C to HF and olefins. The HF released in this process is removed by adsorption onto a bed of alumina forming aluminum fluoride.

The FBA 5320 Laboratory Fluorinated By-products Analyzer is typically calibrated with a calibration gas mixture (e.g. 3-fluoropropane in n-Butane), or using a sample from a C4 process stream analyzed by the Wickbold Method (ASTM D 7284). The measurement range of the FBA 5320 is 0.02 to 100ppm-F. 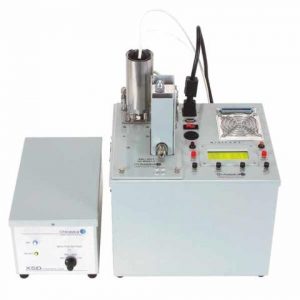 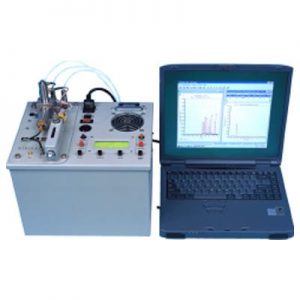 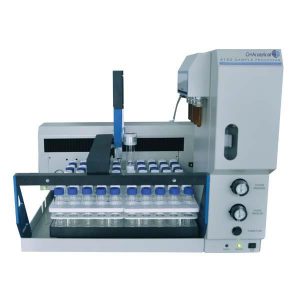 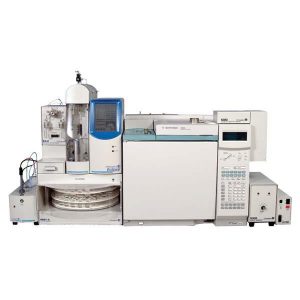